Is the housing market going to crash? 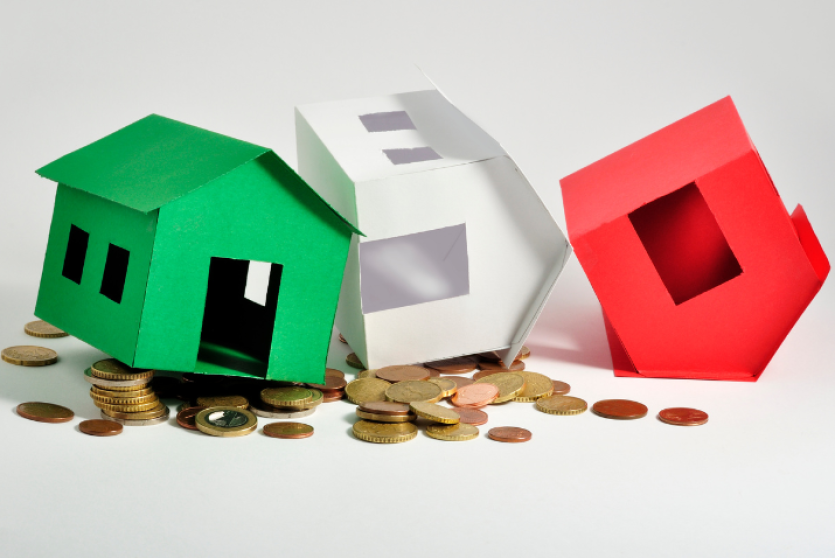 There have been lots of predictions over the last few months about the housing market ‘crashing’, ‘falling off a cliff’ and ‘bubbles bursting’, driven by media headlines of double-digit property price growth.

But just because house prices have risen rapidly over the last couple of years, does that mean they’re necessarily set to fall?

We look at what caused prices to increase by so much, and whether this means we are in a bubble, or whether the growth can continue to be supported. 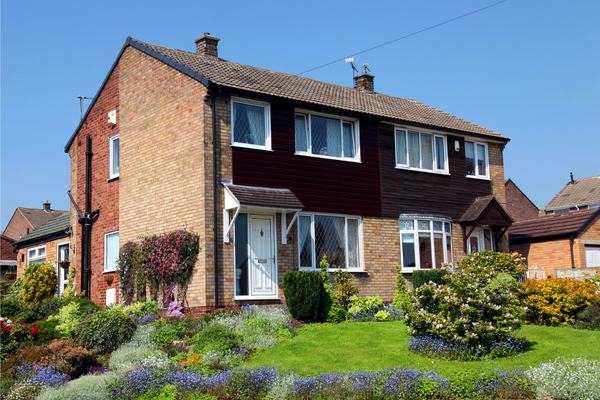 Have house prices been overinflated?

When we look at what’s happened to property prices over the last few years, the picture is actually very mixed, so it’s currently difficult to see how and why property prices would crash. And even if prices did fall, it would likely be an equally mixed picture.

What’s interesting about the reported growth is that it may have been overexaggerated. That’s because there’s been a key shift over the pandemic, where more houses have been sold than flats, which has changed the ‘mix’ of properties that have been reported on. As houses are typically more expensive than flats, this could have given the impression that prices across the board have risen by more than they actually have.

This is highlighted by Zoopla, which takes into account the change in the mix and clearly separates average price growth for houses and flats. Although they’re still reporting house price rises, the growth is not reaching double digits. As the chart below shows, houses rose in value by a little over 8%, but flats went up by just 1.6%. 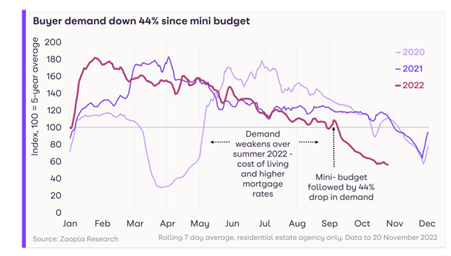 Added to this, we’ve now seen reports of prices in London only rising by 3.9% in the year to May, after recording falls during the pandemic. In Aberdeen, prices have fallen by 2% over the last 12 months and average values across the city have dropped by around £6,400 over the last two years. And a report by the Halifax revealed that first time buyers saw prices rise by just 3% between 2020 and 2021 – so, all in all, there really isn’t strong evidence of a widespread price ‘bubble’ across the UK.

Have buyers overstretched themselves?

The next thing to look at is whether people have overstretched themselves to buy and therefore could be in danger of being forced to sell if the value of their home falls in the coming months and years.

It might surprise you to learn that over 50% of people own their home outright, so don’t have any mortgage payments to worry about. Those that have got on the ladder for the first time since 2014 have been on repayment mortgages rather than ‘interest-only’, so they’ve been building equity since the start. And many people aren’t being affected by rising interest rates at the moment because they’re on fixed-rate mortgages, so will hopefully be able to ride out the current cost of living crisis.

In short, people appear to be buying properties they can afford and are paying back those mortgages from the day they buy, building in an equity ‘cushion’ to protect themselves from being forced to sell. 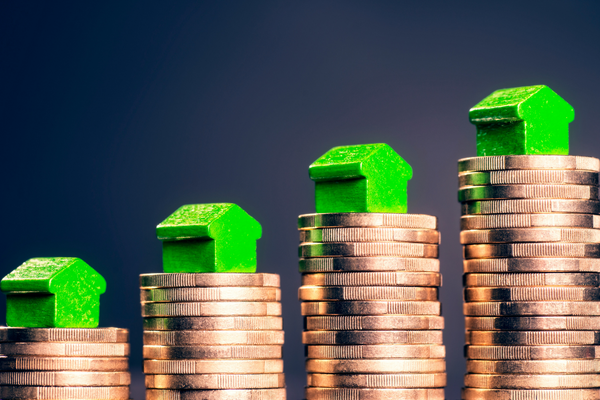 The final reason we don’t think we’re in a property ‘bubble’ is that prices in many places haven’t actually risen very much since the last crash in 2007. If you take the average price today for London properties versus 2007, it shows average annual growth of around 3.8% (Land Registry) - just above average annual inflation of 3% - while areas such as the North East have risen by less than 1% year-on-year. So we believe that rather than spiralling to unsustainable levels, prices are simply ‘catching up’ with where they should be, which suggests that people can afford to pay the higher house prices we’ve seen during the pandemic.

The reality is, property prices go up, down or stay the same every day in different areas. This is because the price someone is willing to pay for a property fluctuates, depending on how many people are competing for it. Where there are 20 people chasing only a few available properties, prices go up as buyers try to outbid each other. If there are 20 sellers and only a few buyers, prices typically go down – it’s simple supply and demand market forces.

From our perspective, recent statistics and the sales we’re currently seeing on the ground give some indication that the market will calm down, witnessing a slight increase in price reductions before offer and again, a slight reduction in time to sell. We recognise that the cost to obtain a mortgage has increased in recent months and naturally this will preclude a cohort of leveraged buyers from entering the market.

But…this will continue to be offset (to a degree), by generally strong underlying demand as people continue to reassess their requirements following the pandemic vs continuing low stock levels – and that means price growth should just slow, rather than fall off a cliff.

Of course, none of us has a crystal ball and things may change that could mean house prices fall, dependent on how hard the economy is hit with other factors, including rapidly increasing energy prices. What’s key for all buyers and sellers is to really understand what’s happening for your individual property market – for instance, if you’re selling a two-bed flat and want to buy a four-bed house, is the market going up or down for each type of property in your specific area?

If you’d like to know more about the property market for your individual purchase or sale, do come and chat to one of our local property experts. We can explain exactly what’s happening so you can decide whether now is the right time for you to buy, sell - or both!