Will house prices continue to rise? 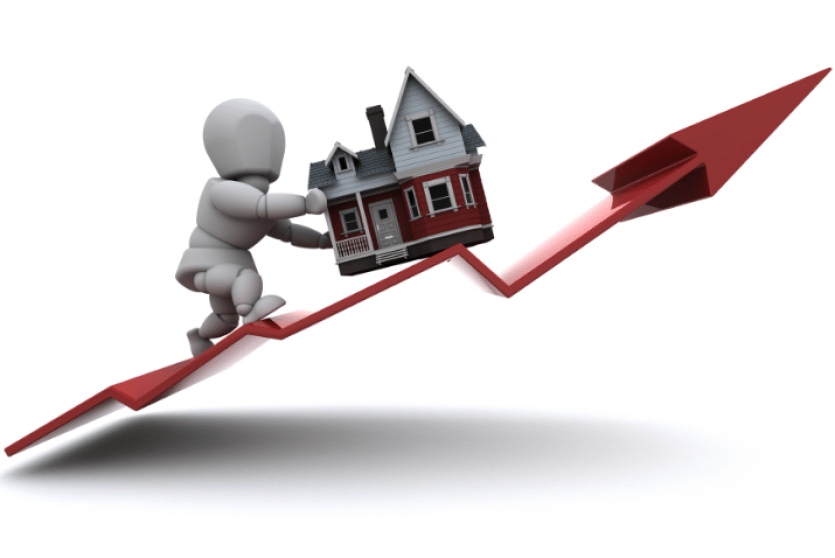 According to the Government’s Land Registry house price index, the average house price across the UK increased by 10.2% in the year to March 2021. While that will be welcome news for many homeowners, it may feel a bit scary for those not yet on the ladder because if the market continues at this rate, it could put buying a home out of reach.

The first thing to appreciate is that this 10.2% increase is an average, so prices certainly haven’t risen by that much everywhere. In fact, in London, which is considered one of the least affordable areas, the rise is less than half this rate, at just 3.7%, whereas in Yorkshire and Humber it’s 14%. In many coastal towns, which are becoming increasingly popular, the rises are high too – for instance, the average increase in Brighton and Hove is 11.1%, with some sought-after properties selling for much more.

Normally, when there is economic and personal uncertainty, moving home isn’t the top of people’s ‘to do’ lists. However, in the years prior to the pandemic, many people had already held off moving home because of concern over possible price falls due to the Brexit vote and then waiting to see who was going to get into Government in December 2019.

For now, the pandemic appears to have changed people’s mindsets. It’s no longer about buying at the lowest price, it’s about buying the right property in the right area, with even more of a focus on lifestyle and wellbeing than we’ve seen before. Whether this is a lasting effect from the pandemic or a one-off change that will only affect the market for a year or so, we don’t know yet. But this shift in thought, coupled with the opportunity to save money on stamp duty land tax, has driven purchases and sales to levels we haven’t seen since the last market peak in 2007.

And one of the reasons why people have been able to make higher offers for properties this year, is that many movers are already homeowners who have built up some decent equity levels – some even owning their property outright.

How has the rise in property prices affected buy to let landlords?

Landlords are continuing to invest, looking to benefit from the lower stamp duty rates and as property prices have remained healthy during the pandemic, this seems to have confirmed for some that property is a good place to invest their money.

Although prices are higher than last year, for most landlords there is an appreciation that buy to let is a long term investment. According to a Government landlord survey, the average (mean) length of time that landlords had let property was 11.5 years and having seen the success of property during the pandemic, add in long term rental income to potential price growth and many see it as a good investment for the future.

The mindset of buyers has also been seen in tenants – tenants are spending an average of around four years in their current home and 8.1 years in total renting privately, so it’s certainly no longer considered ‘temporary’ living. They are willing to pay more for the same things that are proving popular with homeowners, including a garden or balcony, extra indoor space (especially a quiet place for a home office), and a minimum of two bedrooms. In many areas we have seen extremely high demand and an increase in rental prices, another reason that landlords are continuing to invest. Some have even considered new ‘hotspot’ locations to add to their property portfolio.

While much of the commentary on the property market is focused on year-on-year price rises, it’s important to look back over the history of property prices to date. When you do, there’s some good news from an affordability perspective.

Since 2005 – especially given that prices fell during the credit crunch recession in 2007 before rising again – most property values have only grown in line with inflation, which is around 2-3% a year. It’s likely that once this ‘rush for a forever home’ has abated, price rises will go back to this long-term average.

Another thing to bear in mind is that the current year-on-year growth is versus a quiet time and the first lockdown. When we see the reports from August/September 2020, we’ll be comparing this year’s prices to a more fast-paced market, so forecasters are predicting that price rises will then drop back to their more ‘steady’ rate, rather than the double digits we’re seeing at the moment.

This is good news for everyone, as a steadily rising market encourages people onto the ladder and builds equity to help existing homeowners move on, keeping a good proportion of the market moving.

Do bear in mind, though, that whatever figures you hear in the media on a national or regional basis, we know from the markets we operate in that house prices are driven by local factors and what’s happening to the individual economy in that area. So it’s really important that you find out what’s happening specifically with the type of property you want to buy or sell in a particular postcode.

An experienced agent is the best person to speak to about what’s going on in your local area, so do get in touch and we’ll be happy to discuss the current market for the properties you want to buy, sell or let.